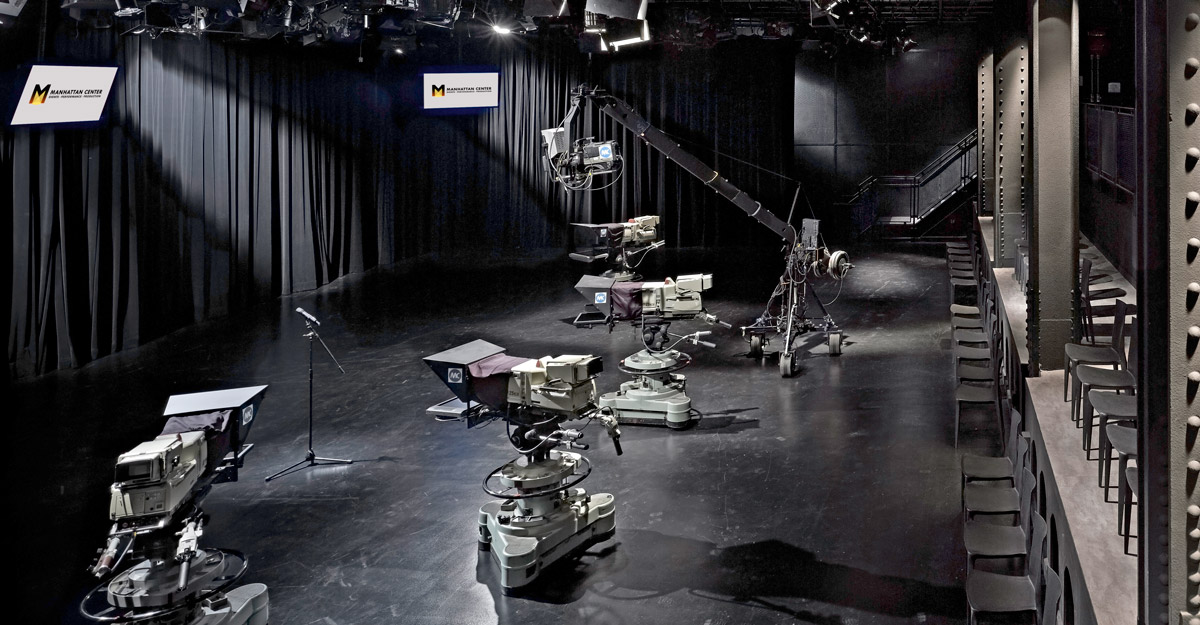 When you’re the guy responsible for the Law & Order and Chicago franchises, you know a thing or two about creating award-winning crime dramas. That guy, Dick Wolf, has brought his latest foray in the genre to Manhattan Center.
More specifically, to Studio TV-1 where his team shot the pilot episode for the new TV drama: FBI. With a 3,800 square foot production stage, and the latest in sound and lighting equipment, Wolf and his colleagues had everything they needed to tell their story (No spoiler alerts here!). Including a state-of-the-art control room that boasts a 96 input Miranda KX Multiviewer, Grass Valley Kayenne 350-25 HD video switcher and Riedel digital matrix intercom panels. Phew!

This 13-episode series, which chronicles the inner workings of the New York office of the Federal Bureau of Investigation, is a co-production between Universal Television and CBS TV Studios. Craig Turk, former executive producer of The Good Wife, wrote the pilot episode and will serve as Showrunner. (Triple threat right there.)

Niels Arden Opley (Mr. Robot) directed the pilot at TV-1. He’s another top-shelf industry talent having directed the pilot for NBC’s Midnight, Texas and CBS’ Unforgettable. He’s also into the big screen having recently directed the Flatliners remake. (Maybe he really is a robot.)

Missy Peregrym, of Rookie Blue fame, plays the lead character FBI Special Agent Maggie Bell. Bell is from a long line of law enforcement folks from the Midwest. Along with her heartland candor and straight talk, Bell displays a sophisticated crime-solving skill set and intellectual firepower. So we could, and will say, she’s a cop on the fast track. Along the way, the viewer discovers a Special Agent who is protective and committed to those she works with. And one who is haunted by a personal tragedy that could compromise both her work and private life. (We all know some people like that, right?)

Missy joined a cast that included Zeeko Zaki, Connie Nielsen, Jeremy Sisto, and Ebonee Noel at one of the best production studios in New York to shoot the FBI Pilot.

How do we know it’s one of the best? Well, lots of clients say so — including Universal Television after they wrapped their shoot at Manhattan Center’s Studio TV-1. And we quote:

“On behalf of the Location Department, and the entire cast and crew of FBI, we would like to take this opportunity to express our sincere gratitude for all of your assistance with our project.

We also extend special thanks to your staff for providing us with great on-site assistance in a helpful, professional and courteous manner. We greatly appreciate all of their time, care and hands-on approach throughout the entire process. We greatly value the relationship we have established with you and we look forward to working with you again in the near future!”

Thanks, guys. We look forward to seeing you again, too! And to everyone else out there please remember: For TV production in New York, you need to put the Manhattan Center production studio NYC at the center of your universe.