A Look Back At What Makes Manhattan Center Great Today

A Look Back At What Makes Manhattan Center Great Today 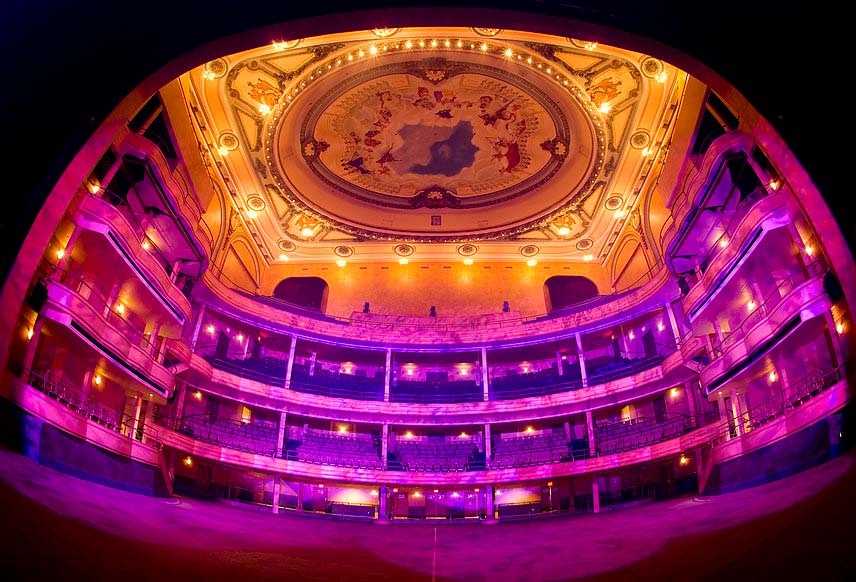 Way back in 1906 there was a rather ambitious fellow named Oscar Hammerstein I. Never to be as well known as his grandson, who, in tandem with Richard Rogers, created some of the greatest musicals of 1940’s and 50’s including Oklahoma!, The Sound of Music, Carousel, The King and I and The Sound of Music, the career of this German music impresario was nevertheless formidable.

Harboring the talent that would later reveal itself in the great 20th century librettist Oscar II, Oscar I took up the flute, piano and violin at his father’s urging. But boys being boys, he would occasionally ditch his studies for a skate with freunds at the local park. Upon discovering his son’s slack attitude regarding his musical studies, the father determined a good whipping would put the boy in his place. As so often with parenting decisions, the opposite effect was put into motion. Young Oscar sold his violin, made it to Liverpool and eventually arrived in New York as a young European immigrant short on cash but long on Chutzpah.

To put food on his table, Oscar took up smoking. Or, more precisely, he took a job in a cigar factory on Pearl Street. The named turned out to be a harbinger of things to come as Hammerstein created a machine that industrialized the manufacturing process; soon thereafter he could afford all the pearls that one might need to satisfy the longings of his three lovely and soon-to-be bejeweled wives.

Buoyed by his newfound wealth, Oscar indulged his passion for music by building a series of theatres, writing a musical and eventually opening the Manhattan Opera House (aka Manhattan Center) in 1906. The reason: Hammerstein didn’t care much for the productions from the Metropolitan Opera and was damned if he wasn’t going to give them a run for their money. Well, he did, and was successful enough that The Met paid him $1.2 million to cease and desist.

His own “ceasing” was not far behind. He died in 1919 from a combination of kidney problems and paralysis.

The good news is today The Hammerstein Legacy is stronger than ever.

When you get beyond the music, The Hammerstein Ballroom is New York’s go-to venue for events of all shapes and sizes. Corporate, gala, trade and fashion shows, product launches, conferences — you name it.

Why do they come to The Hammerstein Ballroom at Manhattan Center? Maybe it’s the 75-foot hand-painted ceiling. Very artsy. The 3,500-capacity with salon and balcony seating. Very flexible. The perfect location at 34th Street and 8th Avenue. Very convenient.

Or maybe it’s the history of success and wonderment that stretches back more than a century. Either way, Oscar is resting in peace. Probably with a nice cigar.